Technologies that could change the world in 2021

In no particular order, here are five technologies that I think could make a significant impact on our lives this year. 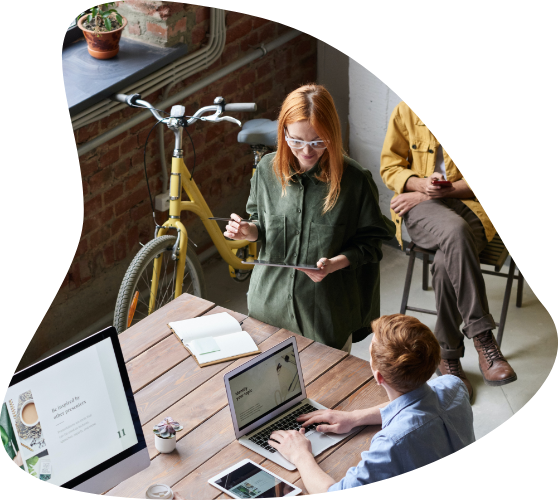 Apple are a company renowned for disruption. They might just disrupt this year. They are announcing a variety of measures already that can give users greater control over their data, so that tech companies must explicitly ask before they can access our location, age, marital status, and more. Hopefully we see more innovation by Apple allowing users to be well informed about the consequences of handing over their data.

However, we can expect this to go further than Apple’s products. Companies like Telegram make it impossible for engineers to access the contents of our messages, while Facebook messenger is notorious for using the content of our personal messages for commercial gain.

We are waiting to see whether the ‘own your own data’ movement will take hold this year. Hopefully, we will see the wider discussion of blockchain-enabled private networks which allow users to have explicit ownership of their data. Such networks are still in their nascent stage, but increased usage and the development of better business models may cause for concern for big tech, who rely on a surveillance business model in order to predict our behaviour.

Apple announced their new M1 chip on 17 November 2020: a game changer. As the first graph shows, it will hugely disrupt the chip-making industry in 2021 because it is faster, lighter and much less power intensive than the competition. Intel missed out on working with Apple on ARM design chips and will pay a heavy price.

The second graph is taken from The Innovator’s Dilemma by Clayton Christensen, and graphically represents the utility of disruptive technology and how it progresses over time compared to incremental technology (take improvements to CD players compared to software designers building the algorithms for MP3 files: one is incremental, the other disruptive, but the disruptive technology starts from a lower place). Intriguingly it matches the performance graph for Apple chips vs Intel chips over time.

The new chip design promises new energy efficiency and lightning fast computing, which could revolutionise ventures in machine learning (demands high levels of computation) and internet of things (needs to be energy efficient).

Two different approaches to energy storage, two different sets of benefits, and two different time horizons for implementation. However, they both deserve to be mentioned.

Graphene batteries use the discovery of how to obtain a 2D structure (Graphene) from the 3D structure of Graphite, first learned of in 2004. The material Graphene is highly conductive, strong and only one atom thick. Its deployment in batteries has long been dreamt of, but at the beginning of 2020 a graphene battery was brought to market in the form of a charging pack. This year it holds promise of being utilised in handsets and cars.

So what are the benefits? Whilst a standard mobile battery takes 90 minutes to charge fully, a graphene battery can fully charge in 20 minutes. Also, they can endure many more charging cycles than lithium ion, making them more resilient over time. There are even rumours that Samsung’s next phone will include a graphene battery instead of the standard lithium ion.

They may well revolutionise electric car batteries, making the slog of long charging times on your 15-hour drive to the French alps more palatable, and getting drivers on the road sooner.

Furthermore, for electric grids we can expect to have much more efficient power delivery by placing robust and fast charging graphene batteries next to every population centre, and regularly charging and dispensing energy from them according to our needs. This would avoid the wastage that goes on in today’s grids. They also make the temperamental solar and wind energies more viable energy providers by storing excess energy when it is windy or sunny, and dispensing energy when it is still or dark.

The money pouring into renewable energy exponentiated this year. ESG-linked funds saw 275% more funding in the first three quarters of 2020 compared to the same period in 2019. With all this new funding comes increased research and development (R&D).

We will also see a glut of government spending on green initiatives, such as the ‘Green New Deal’ that is proposed by newly emboldened Democrats in the US, or Johnson’s green promises in Britain, and the potential for an EU green deal of sorts too. The best thing they can do is spend all of it on R&D. Let the private sector sort out the logistics, allow for competition to pick the winners rather than potentially crummy subsidies, and provide greater allocation instead to the public good of R&D.

With all this R&D, we will hopefully see a further flattening of energy prices. We have already reached the point where wind and solar energy is cheaper than fossil fuel energy, but in 2021 we can be ambitious with the newly bolstered capital funding and ask for even cheaper energy.

AI could turn out to be the most important technology humans ever invent.

Although, super powerful AI is a long way off: an AI could beat a human at Go, but that same algorithm couldn’t distinguish a spoon from a fork or be able to respond to a human voice: other AI does that, though. Current AI instead is incredibly good at sophisticated but narrow tasks, and is unable to do anything else. Hence, we are a long way off.

However, the narrow sophistication AI offers is getting increasingly powerful - and practical. AlphaFold has achieved a monumental task in allowing scientists to understand protein folding. This will facilitate dozens of discoveries and enable researchers to ask groundbreaking questions in the field of cell biology.

What is remarkable is how accurately computer algorithms can model nature in certain situations, and we can expect to see this ability strengthen the research capacities of drug discovery, medicinal treatments and nutritional science. Beyond these fields, I imagine that DeepMind will set their sights on using AI in other areas of science such as particle physics and material science.

Maybe next time there is a pandemic, AI can give us a vaccine in weeks rather than months?